Adam Robertson has done it again by winning the trials at the Rip Curl Pro, Bells Beach. This time he did it while riding his 5’10 x 19 x 2 3/8 Flash Point model shaped by Jason Bennett.
If anyone knows Bells, it’s Adam Robertson. Hailing from the far west coast of Victoria, Robo is based in nearby Jan Juc, where he’s steadily been working his way up the WQS rankings.
At last year’s Rip Curl Pro, Robo blew away all comers en route to becoming the first Victorian in decades to make the final of the contest. Although his roll through the contest was stopped by a rampaging Joel Parkinson, Robo had the local crowd firmly on his side as the final went down in epic conditions.
Now the lone representative from Victoria, Robertson will face Bede Durbidge (AUS) and Adrian Buchan (AUS) in the opening round of competition. Keep a lookout for Adam when the competition begins as he is looking forward to mixing it up with the best at his local spot again.

The Rip Curl Pro Bells Beach will be webcast LIVE via www.live.ripcurl.com 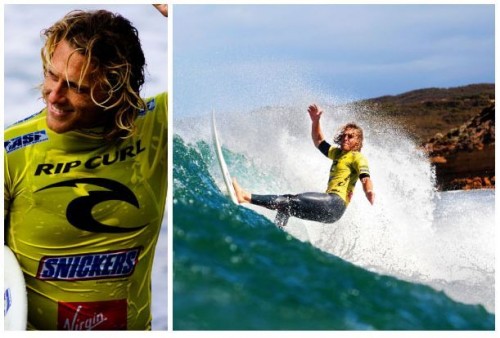