Development of the Chem Twin

The twin fin has took on many different faces since its conception in 1948. Bob Simmons developed a multi-fin design that was developed and researched in Lindsay Lords Naval Architecture of Planning Hulls in 1946. The twin fin didn’t come into it’s own until the 70’s when Steve Lis used it on his revolutionary fish design. The twin fin really took off when Mark Richards took the California design and rode it in competitions, winning four consecutive titles 1979 thru 1982. With all that being said, and giving the architects their respect due, I decided to throw Chemistry flavor into the design. My experience with twins has always been a love hate relationship. I’ve loved the speed you can generate through just about any part of the wave, but hate how they turn and track while maneuvering. They also feel like the want to spin out whenever you put pressure on the board. With that in mind, my main goal in developing our Twin design was to gain some stability while still having the fast and loose feel. I added a single wing in the rail line to break it up that feeds into a thumb tail to give the board some hold. I found by adding the thumb instead of the traditional deep swallow or wide square tail and a very deep double barrel vee through almost the entire board really helped it maneuver rail to rail while adding a lot more stability. I moved the fins back around 2″ more than a standard twin fin setup which also gave the board more control. When I finally got to test this model it really made those small, hard to get motivated kind of days, fun. I would catch myself surfing longer despite the dismal conditions and going faster than I ever would have imagined on a conventional shortboard. 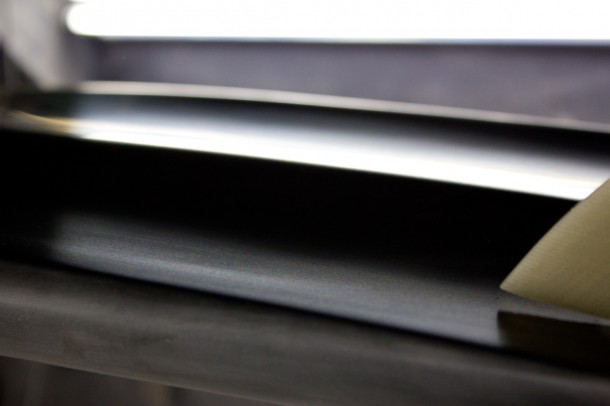